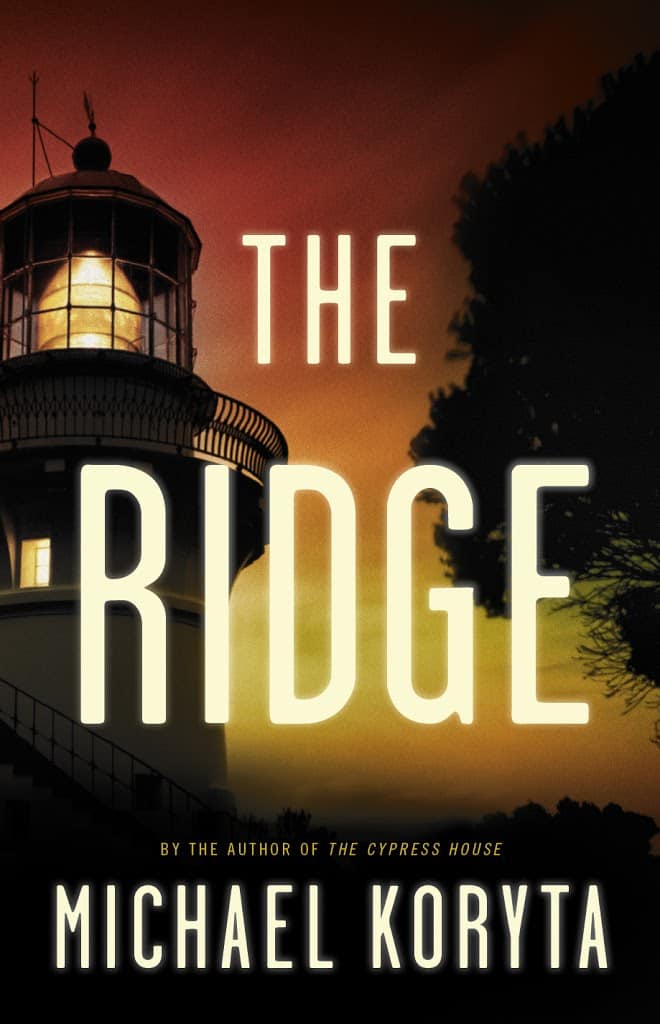 It seems kind of impossible, but publication of THE RIDGE is less than three months away. This novel marks the last of what I’ve considered a very loosely connected trilogy of supernatural stories: SO COLD THE RIVER, THE CYPRESS HOUSE, and THE RIDGE all feature different characters, settings, and even time periods, but they’re bound together not just by the supernatural elements but also thematic tissue. The next book — so far down the road I won’t even hazard a guess at a release date — is a return to the traditional crime novel, but I hope you will have a chance to check out THE RIDGE this June. These three books have been a lot of fun for me, a chance to do something a little different, to fuse mystery and the uncanny and up the ante of the creepiness factor. I can only hope they’ve been half as fun to read as they were to write. Here’s the publisher’s synopsis of the new book:

In an isolated stretch of eastern Kentucky, on a hilltop known as Blade Ridge, stands a lighthouse that illuminates nothing but the surrounding woods. For years the lighthouse has been considered no more than an eccentric local landmark-until its builder is found dead at the top of the light, and his belongings reveal a troubling local history.

For deputy sheriff Kevin Kimble, the lighthouse-keeper’s death is disturbing and personal. Years ago, Kimble was shot while on duty. Somehow the death suggests a connection between the lighthouse and the most terrifying moment of his life.

Audrey Clark is in the midst of moving her large-cat sanctuary onto land adjacent to the lighthouse. Sixty-seven tigers, lions, leopards, and one legendary black panther are about to have a new home there. Her husband, the sanctuary’s founder, died scouting the new property, and Audrey is determined to see his vision through.

As strange occurrences multiply at the Ridge, the animals grow ever more restless, and Kimble and Audrey try to understand what evil forces are moving through this ancient landscape, just past the divide between dark and light.

The Ridge is the new thriller from international bestseller Michael Koryta, further evidence of why Dean Koontz has said “Michael Koryta’s work resonates into deeper strata than does most of what I read” and why Michael Connelly has named him “one of the best of the best.”

Hope that has you intrigued. If not, perhaps James Patterson’s perspective will interest you: “A man in love with the woman who shot him. Who could possibly resist that story? Not me. Read on, and discover one of the scariest and most touching horror tales in years.”

One of the central elements of THE RIDGE is a big-cat rescue preserve, modeled after the fascinating Exotic Feline Rescue Center in Center Point, Indiana, where more than 200 cats — tigers, lions, cougars, leopards, ocelots — have been saved from abusive conditions to live out the rest of their lives in a healthy, safe, and happy environment. I encourage you to visit www.exoticfelinerescuecenter.org to learn more about Joe Taft, his staff, the cats, and the incredible work being done by the rescue center.

Due to the fact that this is a two-book year, and I’ve been on the road pretty steadily since last winter on domestic and international fronts, the tour for THE RIDGE will be limited. Otherwise, that next novel might not be out until 2025. So, with the exception of local signings (Bloomington, Indianapolis, and yet another try at Cleveland, thinking they can’t snow me out in June) I’ll be making two stops where readers from around the world can have a book signed and inscribed if they so desire. Both Murder by the Book in Houston (www.murderbooks.com) and The Poisoned Pen in Scottsdale, AZ, (http://www.poisonedpen.com) do a wonderful job with mail-order and have for years. Just order via their sites or give them a call, and I’m happy to inscribe as you desire, and you’ll never even have to leave the comfort of your couch. Although it would sure be nice to see you if I’m passing through your area! Full backlist is also available at both stores.

Signings in Bloomington (Barnes and Noble, June 6) and Indianapolis (Big Hat Books, June 7) will also be fundraisers for the EFRC. More details on those events to come.