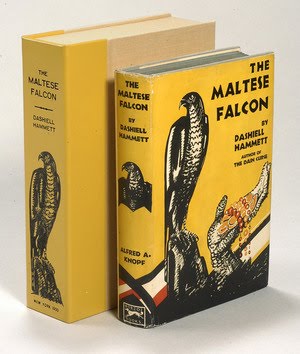 Thought I’d tackle this one after receiving an e-mail interview from the excellent writer Tom Piccirilli who said he’d begin by asking the obvious question, the one I’m probably tired of answering: why switch genre?

I realized that beyond being a good question — and yes, one I’m hearing a lot these days — it’s one I’ve never attempted to answer here. There are certainly readers who are wondering about the issue, too. I’ve heard from some of them, with emotions ranging from pleasure and excitement to disgust and anger. It fascinates me to see such passion placed on genre, because I don’t feel it as a reader. I just don’t. I like good writing, and I like good writers. If I find a writer whose work I enjoy, I’ll follow them anywhere. My perceptions of the work will vary — everyone has his own ranking of “the best books by (insert author name here)” — but my willingness to try it will not. Stewart O’Nan for example, could write about anything, and I would read it. That guy’s range is extraordinary. He hasn’t let me down yet.

So Cold the River doesn’t seem like that much of a jump compared to the range displayed by many other writers. At its core, it is concerned with crimes (past and present varieties) and the execution is heavily concerned with building suspense, planting questions in the reader’s mind, and developing emotional responses to the characters. All the same things I’d worried about for five crime novels. And, yet, it apparently is a “major departure.” All right. Fair enough. So the question is WHY did I depart? The answer:

I write because I love it. Publication is great, but I wrote for free before and I would again if I had to (nobody forward this one to Little, Brown). I love stories. Why decide to tell a ghost story, though? Allow me to run through a quick-hits response:

1) The place. West Baden Springs and French Lick, Indiana are truly bizarre little towns. The landscape is gorgeous, the history is unbelievable, and the feeling in the region is, to me at least, a little eerie. Every now and then time and place collide in a way that seems to call for a supernatural tale. Think of a full moon on a chill October night in New England. For me, Springs Valley on the edge of a powerful summer thunderstorm was issuing the same call.

2) Desire to stretch. You improve as a writer, I believe, by trying new things, finding new challenges, and taking away the safety net. You can always improve — if I wrote nothing but Lincoln Perry novels for the rest of my life, I’d still believe this — but there’s something really satisfying in trying a novel that is in some way unlike anything else you’ve done.

3) Influence and inspiration. I’ve been a Stephen King fan since his book On Writing came out, but I was a little late getting to his fiction. Once I did, though…wow. What a world of story opened up there, what a world of talent. From King I found Matheson, and Straub, and Gaiman, and McDowell and Bloch and McCammon and Simmons and…whew. Lots of good stuff. Here’s a fun anecdote about the way influence convinced me to try my hand at a ghost story. I read Heart-Shaped Box, Joe Hill’s debut novel, and loved it. I also thought, “Look at this guy, he’s going very fearlessly into Stephen King territory and pulling it off. You could try that, too.” Turns out, of course, that the writer I viewed as the heroic challenger to the throne was of course the heir to the throne: Joe Hill is Stephen King’s son. The fact that he hid that reality for nearly a decade of submissions out of determination to break through on his own merit and not on his father’s name, is, I think, one of the truly great stories of publishing. At some point, though, all of my writing comes back to reading — I’m responding to what I love. This is true of crime fiction, and true of supernatural fiction, and will, if I’m blessed enough to continue publishing, probably extend toward several other categories.

4) Timelessness. Here is an element of the ghost story that intrigues me. We all have heard the argument that there are only X number of plots, so I suppose any story has its long traditions, but the longevity of the ghostly tale is impressive. It extends through the early days of the novel, back beyond the printing press and out to the campfires of centuries past in the same way of the heroic quest stories. There’s a reason: the audience enjoys it, and so do the storytellers. I got my first taste of that latter experience with So Cold the River, and let me assure you, these things really are a LOT of fun.

I don’t know how much meaning any of this will have to readers. After a book tour in which I heard the question posed often, though, I did feel it was time to address it. I understand that some people have specific reading tastes, but I’d urge you to push beyond them. Not necessarily with my work, but in general. There’s a lot of great fiction out there. And non-fiction. And poetry. And…just keep reading, folks! We need you.

One final note: if I hear another person tell me they don’t like Stephen King, and then admit that they’ve never read Stephen King, I’m grabbing a rifle and heading for a tower.