On to the next one… 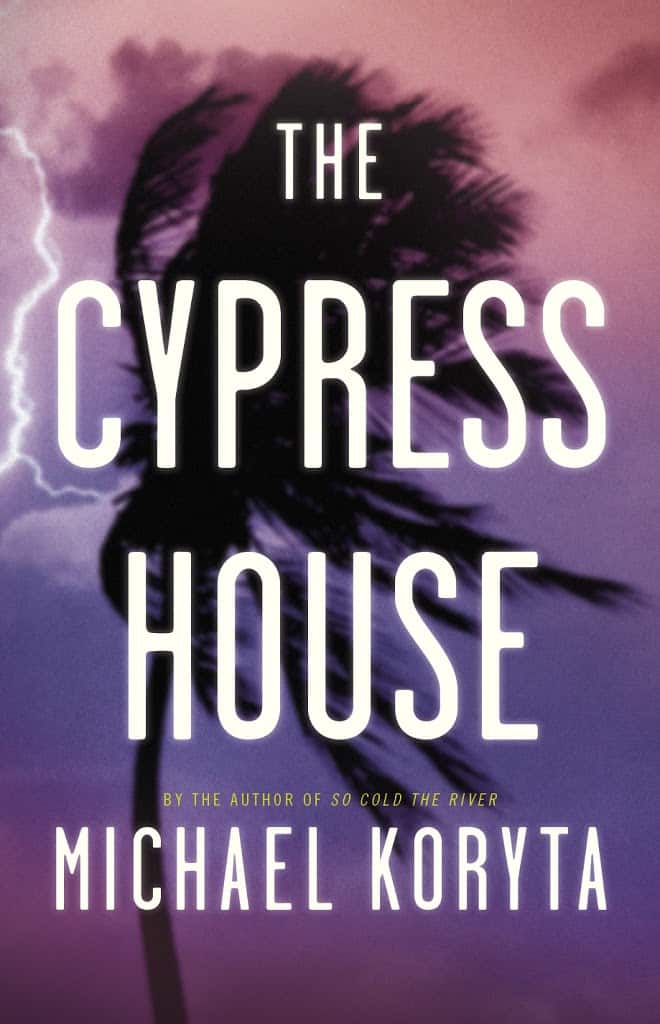 Already? Yes, the new book is sneaking up on me pretty quickly, and I’ll have plenty to say about The Cypress House — which was perhaps my favorite writing experience thus far — in the future. For now I’ll show you the gorgeous cover, and I am deeply honored to share the following quotes about the book, which releases on Jan. 24.

“The Cypress House is a unique and entertaining blend of noir and paranormal suspense, with a tightly controlled supernatural thread as believable as the gunplay. Mr. Koryta is at the start of what will surely be a great career. He’s now on my must-read list.”
Dean Koontz

“The Cypress House is a dazzling blend of suspense, the supernatural, and superb storytelling. What a gifted writer. Michael Koryta is the real deal.” –Ron Rash, author of Serena

“Michael Koryta is one of our new dynamos in the world of books, and in The Cypress House he spreads his range, wedding suspense with the supernatural in the eeriness of 1930s Florida. He uses the psychology of place to penetrate the human heart and delivers his tale of hurricanes and love and hauntings with great narrative force. Koryta’s becoming a wonder we’ll appreciate for a long time.” Daniel Woodrell, author of Winter’s Bone

“Michael Koryta has fashioned a great character in his reluctant prophet, Arlen Wagner, a good man who ends up with an awful lot of blood on his hands before the denouement of this deliciously dark tale. Koryta is a fantastic storyteller, and the many admirers of his previous novel, So Cold the River, will find similar chilly pleasures awaiting them here.” –Scott Smith, author of A Simple Plan and The Ruins

“Michael Koryta’s command of story, character, and language put him in an elite group of writers at work today: Elmore Leonard, Michael Connelly and Lee Child to name a few. He is one of the very best writers out there. Don’t try to label him, or stick him in a genre; that would be a disservice. Just read him, and soon you’ll be saying Michael Koryta is among the best there is. And even that praise falls miserably short.”
Ridley Pearson author of In Harm’s Way

“Koryta is superb with mood and setting…the simmering tension erupts into a rolling boil by the bloody, spooky, and satisfying ending.”
Booklist