Yesterday we discovered that a paperback edition of Rise the Dark was available for sale on the book’s homepage on Amazon. Apparently, it had been available since September 2. This was intriguing, because the paperback edition won’t be out for a year, and that seemed awfully early for a pre-order page.

It wasn’t a pre-order page. It was a pirated version of my book, selling at $12.99, below the hardcover and Kindle price. It had its own ISBN, and the publisher was CreateSpace Independent Publishing. CreateSpace, I learned, is a print-on-demand, self-publishing outfit that is, ironically, owned by Amazon. The stolen copy’s product page included the real book’s reviews and blurbs. It included a photograph of me, holding up physical copies of a real book in my real publisher’s warehouse. It included everything, essentially, that is on the real book’s product page. For the buyer, there was absolutely no indication that this was pirated.

Thanks to Amazon’s wonderful “look inside this book” feature, I was able to scan the pages. The copyright page was missing, naturally. An odd floating page had been added, announcing that this was “The Second Book in the Markus Novak Series, 2016.” Then the text appeared – wrong font, bad formatting, but the right words. It was my book, but someone else had somehow managed to upload it and sell it right alongside the real formats. Disturbing, to say the least.

Thanks to swift work from Little, Brown’s legal team, the pirated edition is off the site now. That’s a good start, but obviously doesn’t answer some critical questions. I hope to know a lot more soon.

If you purchased a paperback edition from Amazon, I would love to hear from you. I will happily replace it with a signed hardcover and my sincere apologies. I’d also love to see a copy of the bootlegged book.

Fraud in the e-book business isn’t new – fake novels by Stephen King, John Grisham, Michael Connelly and other major bestsellers regularly appear, and pirated versions of classics like The Great Gatsby abound. I’d heard about that before. I’d never heard about someone selling a fake physical version of a new release right alongside the real deal – with free shipping for Prime members, no less!

For now, I’m most interested in reaching any reader who got a pirated book in exchange for their real dollars. If you somehow ended up with a bogus book, please send a private message via Facebook or use the contact page on my web site, and we will do whatever it takes to make this right.

For other writers – you might want to keep an eye on all of your editions. If CreateSpace suddenly becomes your publisher, it is a serious problem. 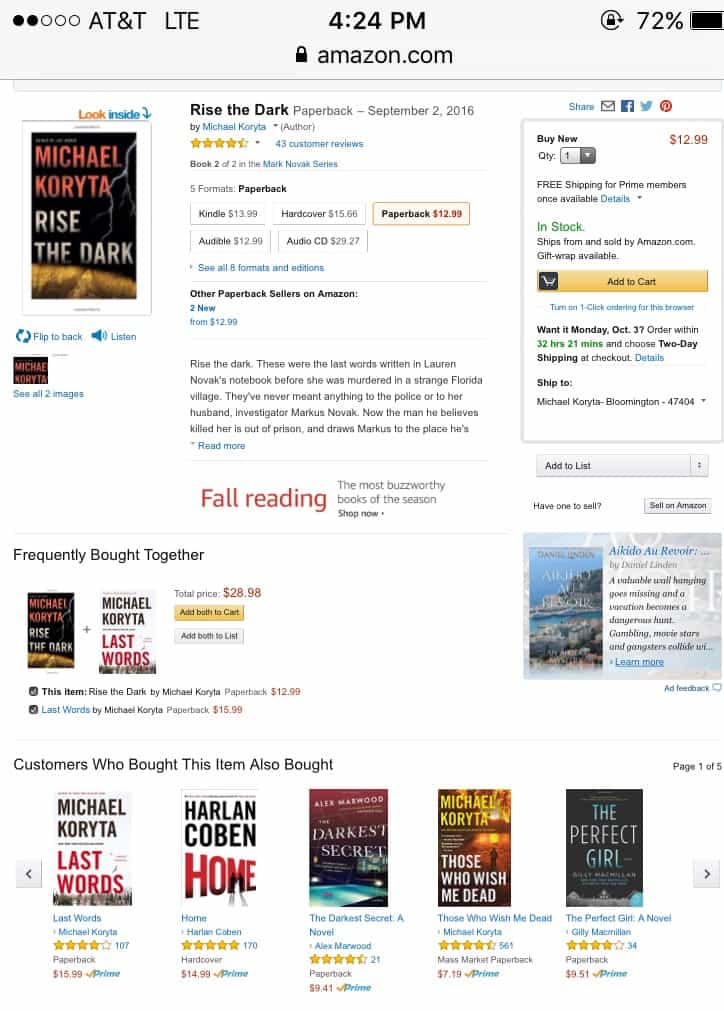 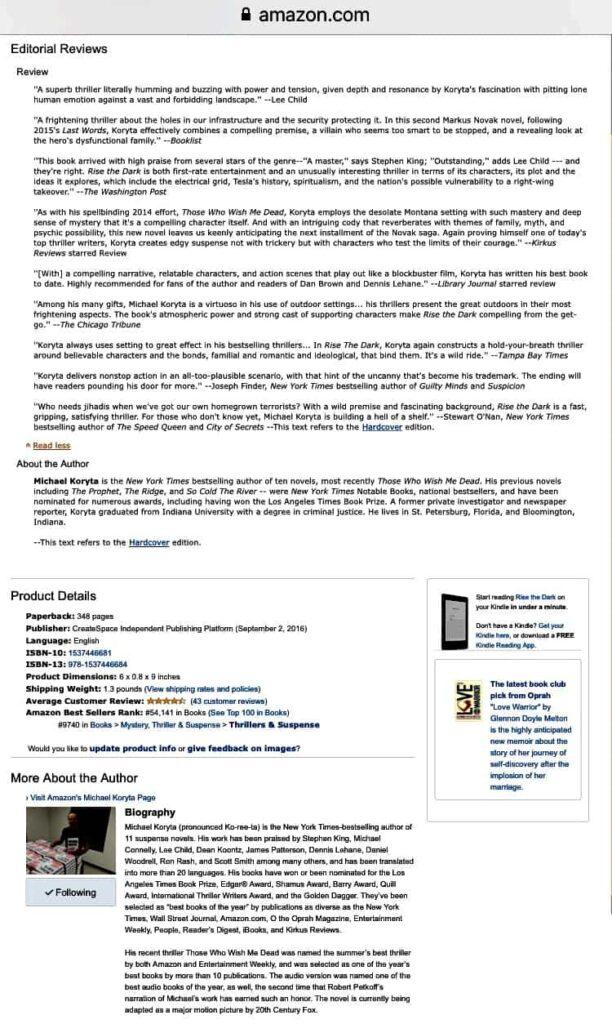 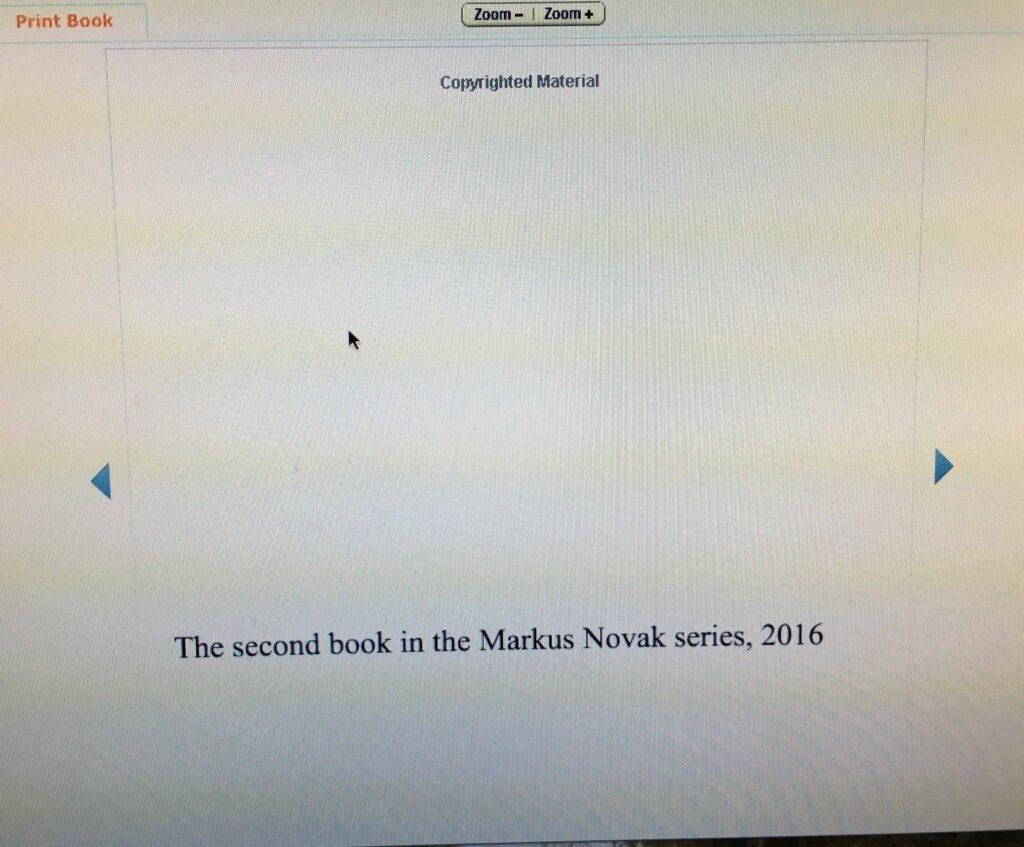