There’s prolific, and then there’s… 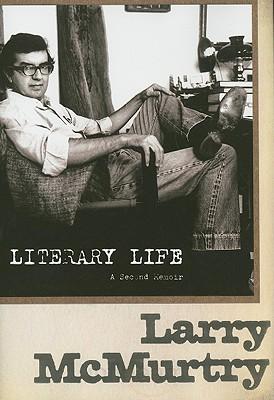 Larry McMurtry. Who, according to his latest memoir, “Literary Life,” wrote the excellent novel “The Last Picture Show” in three weeks, “All My Friends Are Going To Be Strangers” in five weeks, and “A Desert Rose” in 22 days. Now, Mr. McMurtry has written over 40 books, 50 screenplays, and plenty of essays and short stories, winning a Pulitzer along the way for “Lonesome Dove,” which ranks among my all-time favorite novels. I love the opportunity to hear good writers talk about writing, and “Literary Life” is the memoir of a great writer, so it’s an obvious treat. McMurtry is writing a trilogy of memoirs; the first, “Books” discussing his life in the rare book business, the second “Literary Life” discussing his writing, and a forthcoming “Hollywood” installment discussing, you guessed it, his work in the film industry. There’s plenty in “Literary Life” that’s worth highlighting (such as, you know, the fact that he penned an absolutely brilliant novel in three weeks) but the following quote was my personal favorite, because it resonated the most:

“I learned then and have relearned many times since, that the best part of a writer’s life is actually doing it, making up characters, filling the blank page, creating scenes that readers in distant places might connect to. The thrill lies in the rush of sentences, the gradual arrivals of characters who at once seem to have their own life.”

Indeed. And, with that noted, I’m off to enjoy that best part of a writer’s life, with the hope that somewhere down the line, some of you in distant places might connect with those characters.